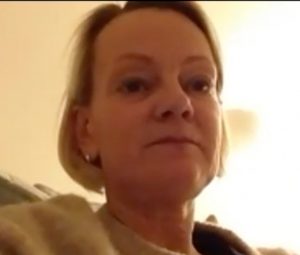 Sarah’s ex-partner seemed like a normal person, but a few years ago he discovered conspiracy theory videos. Starting with claims that the Moon Landing was fake he quickly progressed to Flat Earth and eventually ended up follow a cult-like group that was predicting the end of the world in 2018 in an event called “EMPCOE”. He began to prep for this, but the predictions never came to pass and new predictions were made. Despite this, he never lost faith in the people making the predictions and became increasingly angry with Sarah for not following his belief. This anger escalated into abuse.

Sarah tells her story in detail, a story that is shared by many conspiracy casualties who have lost their loved ones to cults and conspiracy theories.