Episode 10: Jen Senko – Director of “The Brainwashing of my Dad” 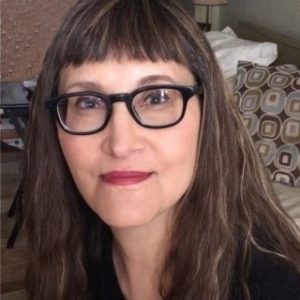 Jen Senko is the director of the documentary film The Brainwashing of my Dad, released in 2016. The film tells the story of how her father had a drastic change in personality after slowly getting sucked into a rabbit hole of conservative talk radio. This was very interesting to me, not simply for the whole rabbit-hole aspect, but also because partisan media often traffics in conspiracy theories (like Obama being a Muslim.) Jen does a great job of examining the history of right wing media, going back to Goldwater, Nixon, and Roger Ailes.

While her perspective might seem too left-wing for many people, I encourage you to give it a go. It features several people who tell their own stories – some about their friends and relatives, and some who were sucked in themselves, and eventually escaped.

The last third of the documentary covers the tactics of disinformation used by partisan media, which should be of interest regardless of your politics.

The Brainwashing of my Dad is available on most major streaming services and on DVD.  http://www.thebrainwashingofmydad.com/

3 comments on “Episode 10: Jen Senko – Director of “The Brainwashing of my Dad””