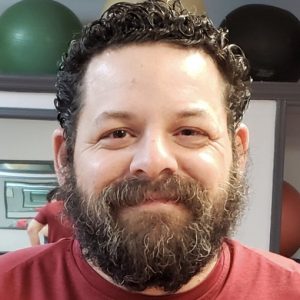 Gary Voorhis was a computer technician on the USS Princeton during the 2004 “Tic-Tac” UFO incident (commonly referred to as the “Nimitz Incident” after the aircraft carrier heading the strike group.) Gary first saw “UFOs” as slow-moving radar targets on the ship’s SPY-1B radar, which he helped maintain. He also saw lights in the direction of those targets. Initially, the radar targets were thought to be radar clutter (false targets) but after a couple of days, planes were sent out to take a look. Gary saw some video from that “interrogation” and remembers a longer and more impressive video than the one that was later leaked to the public. He thinks what he saw was some kind of advanced technology, possibly alien technology.

I think a more likely explanation is some kind of series of radar glitch and unrelated visual observations of some sort – all possibly confused in memory by the passage of time.  We discuss our different interpretations and try to figure out how to resolve them.

Gary is also the Vice President of UAP Expeditions, a non-profit organization set up by a group of former servicemen from the Nimitz Incident, along with other interested parties.  The mission of UAP Expeditions is to provide a free public service field-testing UAP (UFO) related technologies. We chat briefly about that mission, and how they plan to return to the region of the original 2004 sighting to see if they can observe something again.