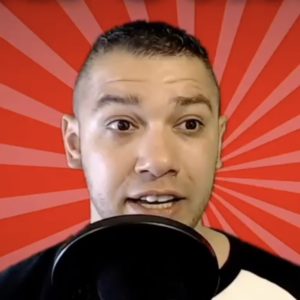 Jason Bermas is a producer, writer, and YouTuber, best known for conspiracy documentaries such as Loose Change, Fabled Enemies, Shade, and Invisible Empire. Loose Change was a seminal documentary for the 9/11 “Truth” movement, and I’ve often heard people cite it as a big part of why they got interested in the various 9/11 conspiracy theories.

We talk about the topics in his films: 9/11, geopolitics and corruption, chemtrails, But we also talk quite a bit about UFOs, video games, and quantum computing.

I deeply disagree with a lot of Jason’s positions, particularly on 9/11 and his New World Order theories (and chemtrails, of course) but people can always find common ground. We both enjoyed playing Tony Hawk’s Pro Skater, we find quantum physics fascinating, and we both agree there’s lots of harmful corruption in the world. By having a civil discussion founded on that common ground we were able to advance our mutual understanding, and hopefully move everyone a bit closer to reality.

In this first episode of Tales from the Rabbit Hole, I give a brief introduction and then talk to my first guest, Jon, an ex-conspiracy theorist

Tales from the Rabbit Hole is an interview-style podcast focusing on people whose lives have been affected by the conspiracy theory rabbit hole. Guests include both former and current believers in a variety of conspiracy theories, as well as debunkers, skeptics, and the investigators of those theories.

I’m Mick West, a debunker. I wrote the book Escaping the Rabbit Hole – How to Debunk Conspiracy Theories using Facts, Logic, and Respect. This book came from my experiences running Metabunk – a debunking Forum. Over the years I realized simply presenting corrections to people is not enough. We need effective communication, and we can’t do that if we don’t listen and talk with each other. I’m hoping this podcast will help bridge that gap.

My first guest is Jon, an ex conspiracy theorist who runs the Facebook Group “The Ex Conspiracy Theorist.” Jon talks about how he became a conspiracy theorist, and how it relates to his religious past as a Mormon. He discusses the things that initially convinced him, like Glenn Beck theories about Obama’s “Czars”, the “New World Order,” and how he came to realize those things were not what Alex Jones said they were.

It’s a short first episode, and I hope to have Jon on again for a more extended conversation about his debunking work.